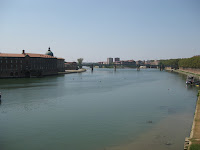 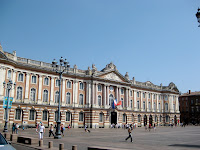 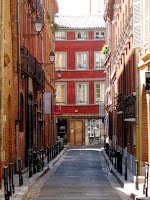 So, I’d been told that the weather can get a bit unpredictable in August, but this is truly ridiculous… Having been lured back to Toulouse, I spent the day roaming the city in glorious sunshine. When day gave way to dusk, it brought a change in the weather as the clouds rolled in and the wind picked up. By the time I was in the car driving home, the rain was falling hard – and then things really got interesting… Lighting bolts lit up the sky as I drove through the vineyards of Gaillac, but the full extent of the storm was wreaking havoc closer to home. My first hint was the foliage covering the road approaching Cordes-sur-Ciel and, by the time I reached the town itself, I was swerving to avoid whole trees that had fallen across the road.

Numerous diversions and a white-knuckle ride later, I finally made it back to Le Manoir de Raynaudes, trying not to run over the frogs hopping all over the driveway. I ran through the rain into the house, where Orlando, Peter and the guests were intact and jubilantly recounting the evening’s dramas and heroics, including chopping up trees that had fallen across the driveway (one guest even fell into the lake in the process), dodging flying roof tiles and giant hailstones, cooking dinner through an hour-long power cut and chasing after airborne pieces of garden furniture. 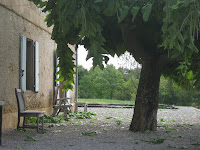 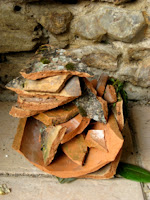 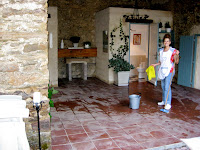 This morning saw another hurricane take us by storm: our housekeeper,
Monique. A force of nature in her own right, she came to us on her day off to help clear up the mess. Within hours, we had returned the place to a near-normal state, with no more lasting damage to the buildings than a few shattered roof tiles. However, many of our plants are wrecked and we’ll never be able to prove to the doubting French that you really can grow seedless grapes, since our especially-imported vines were destroyed. But we survived, the guests thought this was the best entertainment they’d had in ages – and life goes on. As planned, we’re still on to serve dinner in an hour’s time, but I think we’ll be eating indoors tonight…